One more walk around the neighborhood camera in hand recording the final weeks of Fall. 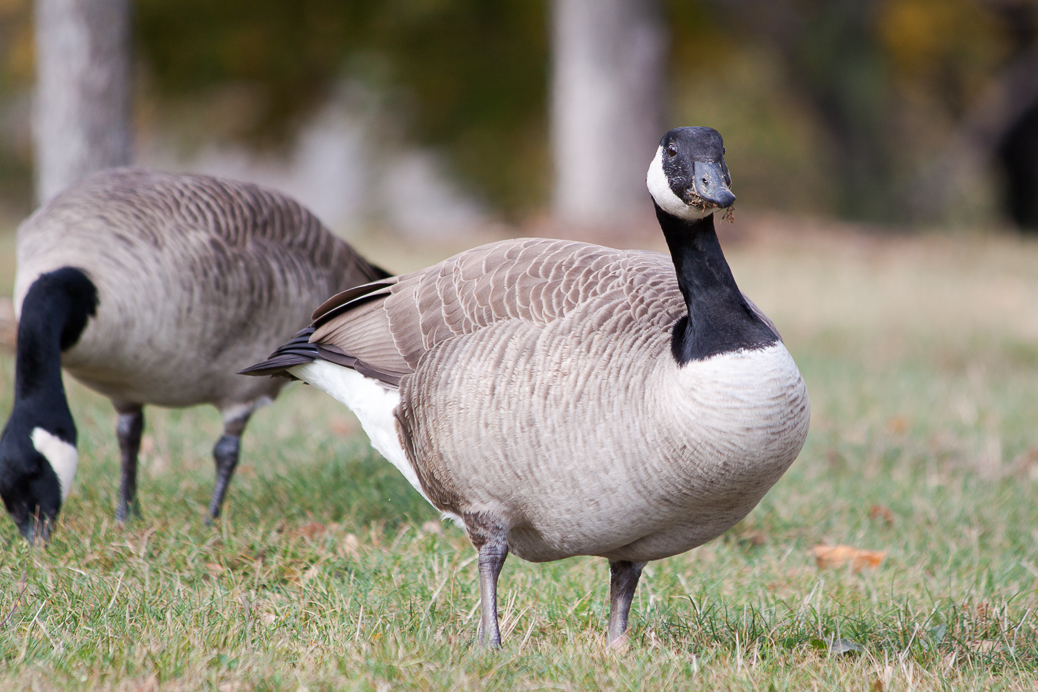 Do you ever wonder where all that green stuff on the Lakefront Path and elsewhere comes from? Well, it's the goose on a grass diet. 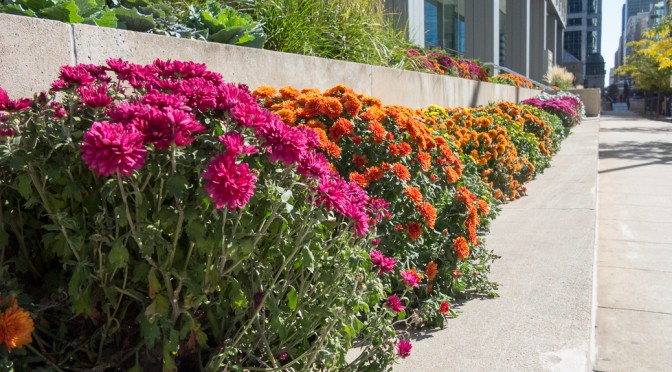 Several new blocks have been added to the Riverwalk, and with it a lot more traffic and commercial attractions — primarily food and beer.  It was the weekend of the BOA Marathon and the weather was nice, so I took the small camera along to record a few scenes. 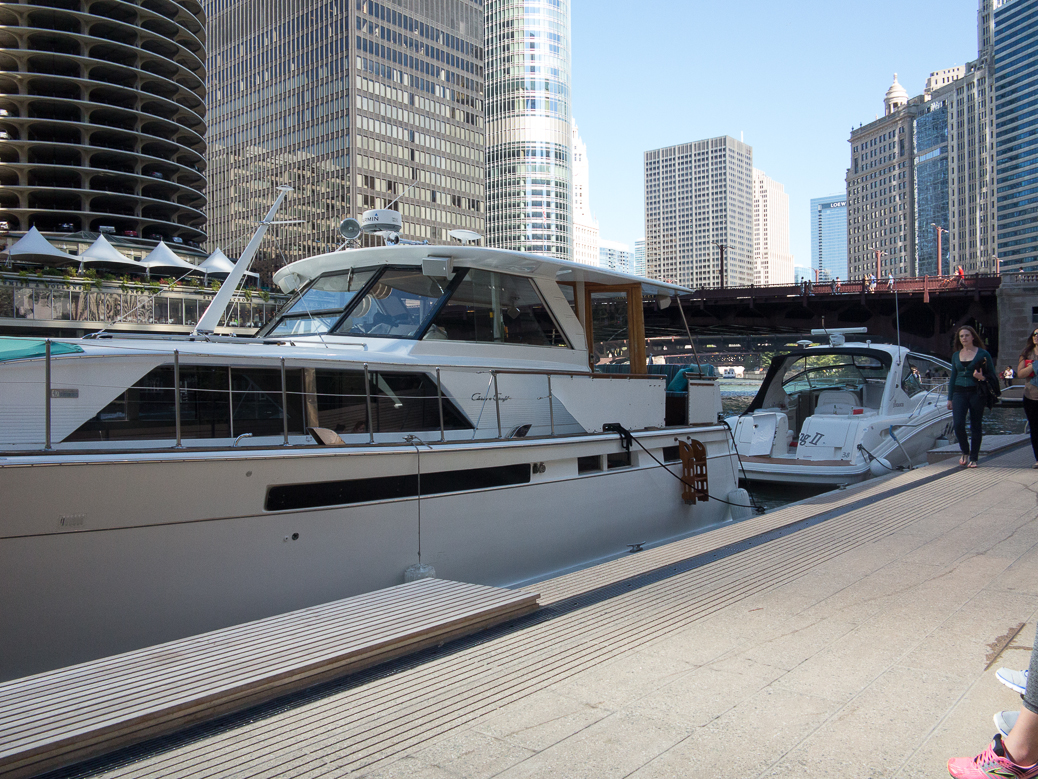 There's limited parking so get your yacht tied up and enjoy a beer or wine at this block on the path. 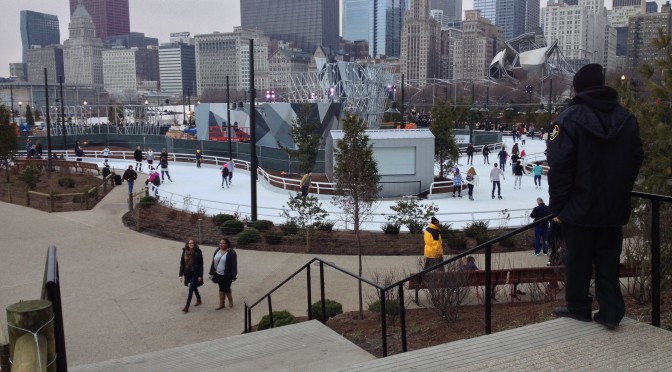 It took two years, but the Maggie Daley Ice Rink has opened.  I’ve never had this kind of experience and it was also the first time on skates for the season, all of which added up to a little uncertainty and some tentative start on ice.  The rink itself has two ups and two downs — not steep, but steep enough that if you stop skating you will  either speed up and go downhill or stop and slide backward.  Also the lane widens and narrows, and that adds up to congestion.  This rink is NOT for beginners.  Fall down or stop and you could be in big trouble.  Folks just aren’t used to skating in a variable width.  Also, like all venues, some people just want to go fast and that can lead to some pretty dicey situations, especially when it’s crowded.  The official Park District information sheet lists the capacity as 700 skaters. 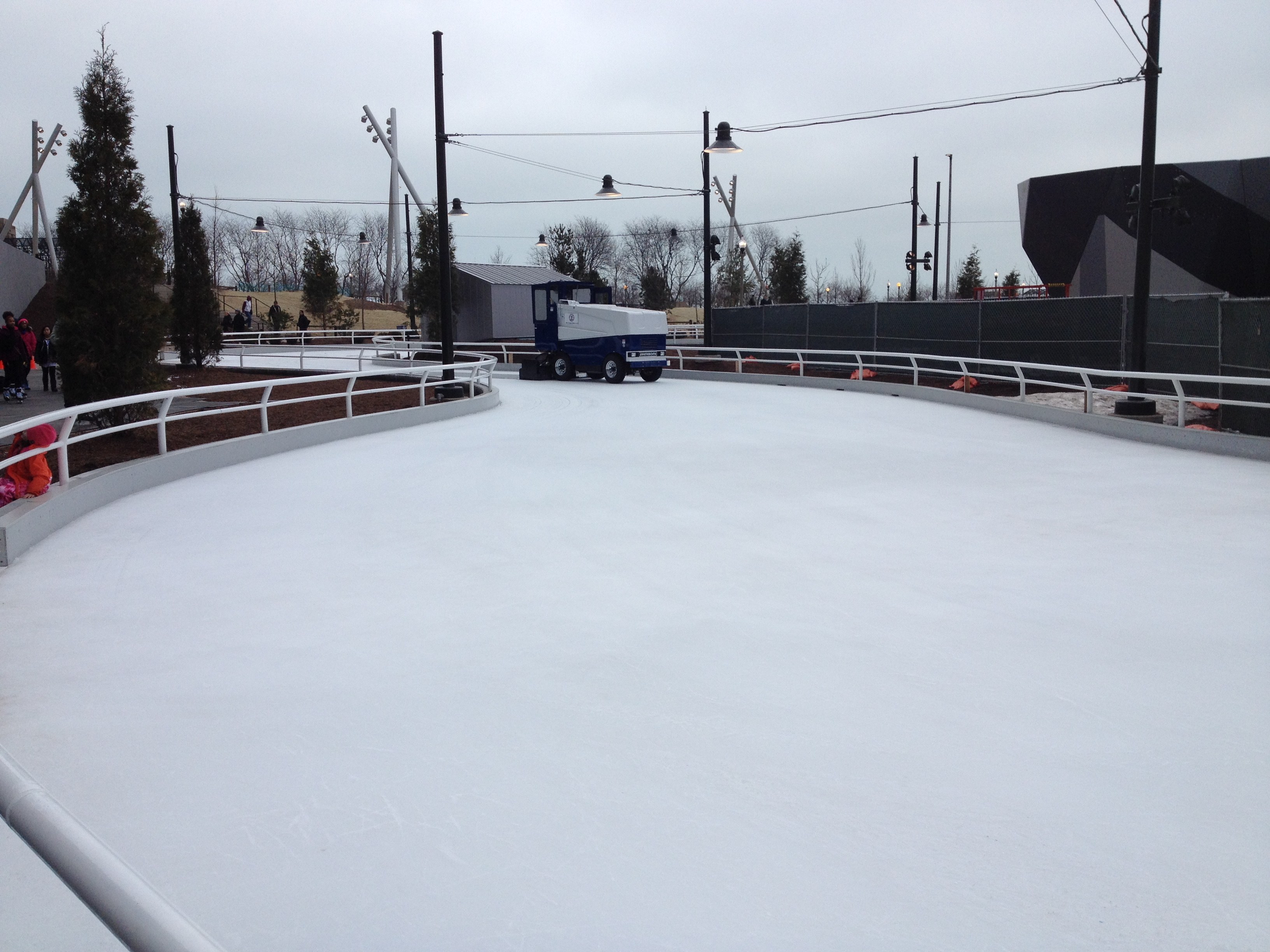 It takes the Zamboni about an hour to refinish the  surface, so when the gates open it is like the Oklahoma Land Rush.  I’m surprised that no one was injured.  After a while it thins out and the experience is much nicer.  Fortunately there are other things to do in the park while waiting for it to freeze over.

When I was with Planmetrics having moved back to Chicago from San Francisco.

A few years back I enrolled in a course at Harold Washington College entitled “Public Art” and taught by Jeff Huebner.  I found it very captivating, somewhat surprisingly for an engineer like myself.  I carried around my camera and snapped pictures of just about everything.  I had no problem passing the course, which consisted of researching and writing a paper.  When I bicycle through the area with my cycling friends I act like a docent.  Even visiting tourists lend an ear.

One particular part of the course dealt with a fund started by Benjamin Franklin Ferguson, a wealthy lumber merchant who died in 1905 and left a bequest of $1,000,000 to be used for public art and administered by the Art Institute of Chicago.

This thread under the category “Ferguson Fund” will tell the story.