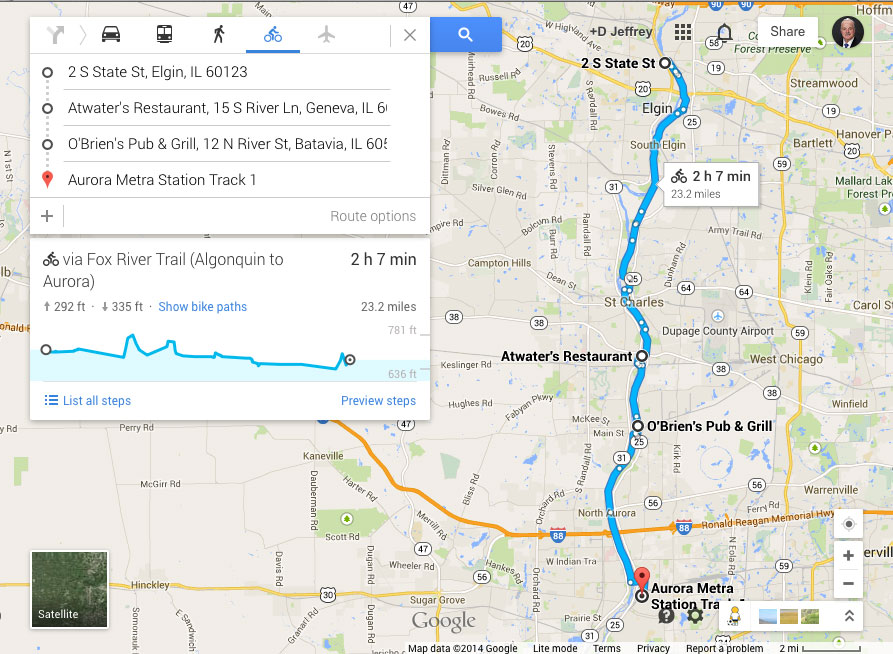 Map of the Fox River Ride from Elgin to Aurora.